The pop up outside the Guildhall on Thursday raised £180.22. Robert said it was also a chance to show the new hospice and talk to people about the progress.

Thank you so much to eveyone who contributed for your continued support.

Here are some figures from our latest events.

Girton Feast proved a real challenge with the weather and despite the wind we managed to keep the gazebo on the ground. We still managed to raised £266.61. Thank you to all who helped and donated.

The Witchford Music Festival was a great day, lots of sunshine and good music funds raised was £349.35.

The lucky winner of our Famous Pink Wheelbarrow was Clare, who lives in Witchford, with ticket number 214 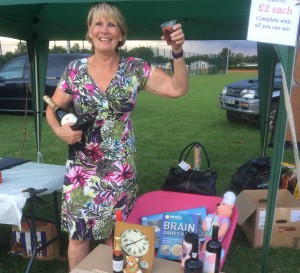 Everyone enjoyed the shows and went away wanting more, we actually raised £1,115.00 which will be going towards the New Hospice that will be opening its doors to patients in November. I have since been asked by many of those who attended the show when the next one would be. This is the forth Motown event Lisa’s fund have promoted and each time they seem to get better. During the evening Robert handed over another cheque to Dr Lynne Morgan CEO of The Arthur Rank Hospice Charity for £7,500. Lisa’s fund has now raised £137,000 for Charity.

“I would like to say a big thank you to Annabel at Burrows Books for selling so many tickets, to our front of house team, Jenny, Chris, Alison, Sarah and my son Matty. And to Nigel Thompson from Blueshed Studios who created an amazing light and sound set as well as Simon Marshall for his disco that kept everyone dancing, and to the Maltings team and management for allowing Lisa’s Fund to hold this event. I hope this great event has also been able to showcase the Maltings allowing the audience to see what a great venue we have in Ely”, said Robert. 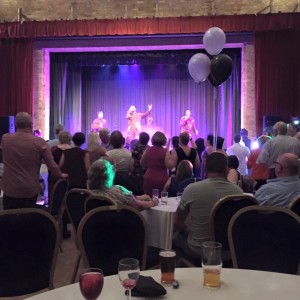 Come and say hello to Robert at the Girton Feast village fete on 9th July.

There is something for everyone with stalls, enterainment and food and drink.

Premier Travel total has now risen to almost £500 and is still rising. They all enjoyed the event, it was a perfect night. 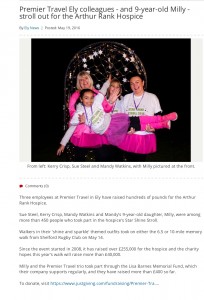 A recent Sunday Quiz night at The Cutter in Ely raised another £116.00 for the hospice.

The next Cutter quiz night will be on Sunday 5th June at 7.30pm. Come and join in the fun.

A recent fundraising event at Addenbrookes raised £360.25 on the day! The next collection day will be Thursday 2nd June.

Lisa’s fund, in association with the Maltings Ely, are pleased to announce a fundraising event for The Arthur Rank Hospice Charity. The AC Motown show consists of seven of the country’s most talented Motown performers who will be live on stage at the Maltings on Saturday 11 June.

“This is the first joint fundraising event involving the Maltings and I am looking forward to this very much”, said Robert Barnes who launched Lisa’s fund shortly after Lisa passed away in September 2010.

“My original aim of raising £100,000 for the hospice seems a distant memory, the target was reached in the summer of 2014, it was then I decided to continue Lisa’s fund. All the profit from this event will be targeted specifically towards the new hospice being built in the edge of Cambridge at Shelford Bottom, next to the park and ride. The new hospice will open this November and will be able to take double the number of inpatients with twenty four beds. Outpatients attending much needed clinics will also benefit having less waiting time and brand new state of the art facilities. The Hospice at Home team will also be taking extra patients, leading eventually to 1200 each year. All this comes at a eye watering price and we are at present £2.5m short, but please be assured the hospice will open on time.”

If you enjoy Motown come along bring your friends and family and join in the fun. Tickets are £20 and are available now from
The Maltings ticket line
Burrows Books in High Street Passage Ely 01353 669759
Robert Barnes on 07885 087 458 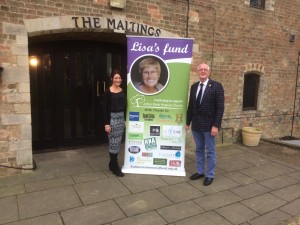 Since I launched the fund in October 2010, after loosing my wife Lisa to stomach cancer, the total amount raised is a staggering £130,000!

In the three and a half weeks leading up to Christmas we managed to raise another £3000. Lisa’s fund became very active throughout the county, as well as holding Christmas events in Ely we also held events in Fenstanton, Cambridge, Newmarket and Wilburton finally finishing with KDs stunning performance of Snow White and the Seven Dwarfs at the Maltings Ely.

We have travelled more this year and I would like to say a big thank you to three new fundraising venues for allowing Lisa’s Fund to raise much needed funds for The Arthur Rank Hospice Charity. They are Tesco’s in Newmarket, Twenty Pence Garden Centre in Wilburton as well as Dan Bell of KD productions.

The new Hospice at Shelford Bottom will be handed over on time in October this year, but we still need help. If anyone has any unwanted Christmas gifts, we can use them for prizes in our tombola’s, raffles or the famous Pink Wheelbarrow. Also, foreign coins are much appreciated as we can convert into £ sterling. You can drop them off at Burrows Books in High Street Passage or Premier Travel in Fore Hill, both in Ely.

I would like to thank all the volunteers for giving up their time and the people of Cambridgeshire for giving so generously. 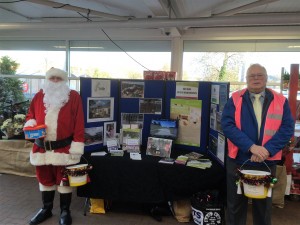 Roberts talks about the Arthur Rank Hospice. The charity he has supported since Lisa died.